One of the important cities of the state Punjab, Batala is situated near the India-Pakistan border. A brief summation of the history shows the important role that this district had played in the past and during the turmoil of partition. The true representation of the city is apprehended in its religious attachment for Hindus and Sikhs in India. Though it is a small city in the Gurudaspur district of Punjab, Batala attracts a lot of tourists every year pertaining to grand celebrations for devotees. Furthermore, it is also the police district of the state.

Let us further know about the main attractions for tourists in Batala.

Travel and Tourism in Batala 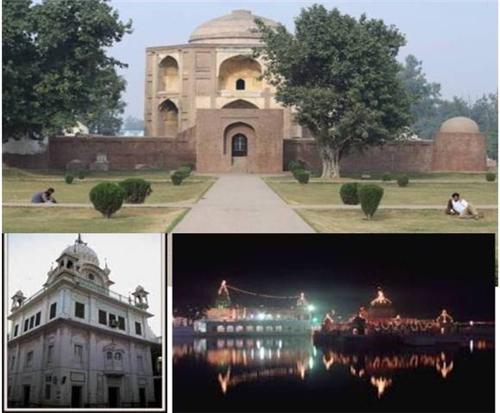 Batala is one of the oldest cities of Punjab. It is about a century older than Amritsar and preserves the history in its architecture and monuments. There are many Gurudwaras that attach importance to the foundation of the religion Sikhism. Furthermore, the places where the founder Guru Nanak Dev stayed are preserved as memories and sacred layouts.

Additionally Batala has the pride to supply quality C. I. Castings which are required for agricultural machineries. Not only in the past, but today also the city remains one of the major suppliers of these essential iron parts to India and some of the neighboring countries. Many people travel to Batala to buy tools for agriculture and refineries. Read More Here.

Geography and Climate of Batala

Geographically the city sits on the Punjab plains and acquires water supplies from rivers Ravi and Beas. The city limits itself to an area of 29 square kilometers but is connected to major cities of Punjab and capital of India with National highways and State highways. The city is about 470 kilometers North East of New Delhi, capital of India. Amritsar is the nearest city located about 40 kilometers from Batala city limits. It is situated 817 feet above the sea level.

Batala being a part of Punjab remains hot during summer and quite chilly during winters. Monsoons are wet patches in this part of the country. However, it maintains an average temperature during summer and monsoon seasons.

Being a part of Punjab, Batala consists of mainly Punjabi population. This community consists of Hindus and Sikhs in majority. However, the history does witness something different. Read More Here.

However, the city used to be one of the major settlements for Muslims since its foundation in the Fifteenth century. Though the city was founded by Raja Ram Deo, a Rajput, it had been under the sultanate of Tatar Khan of Lahore. During the Mughal rule, Batala was given to Shamsher Khan who developed it further which eventually fostered many Muslims in the city. However, the circumstances changed during partition. Batala was primarily included in Pakistan by the British. Conversely, the city’s important position and its high relevance to Indian continent were considered by the influential leaders during this time. Additionally if Batala was included in Pakistan, Amritsar would have been in a vulnerable position as well. Considering all these facts, Batala was negotiated back into the Indian Territory.

Amusingly Batala was a part of Pakistan for about three days. Not many cities can claim being part of both countries during a turmoil. The result was, nonetheless, traumatic for many. Majority of Muslim crowd went to Pakistan at this point and now Batala is Hindu prominent city. Arriving in Batala is not very hectic especially when transportation details are known. Read More Here.

Batala being important as the supplier of industrial machinery has been connected with good roads and railway to various other major cities.

Batala Railway station is connected to Pathankot –Amritsar line of Firozpur division. An extension of the railway line is planned in future which will connect Jalandhar. The burden of travelling through Amritsar to Jalandhar will be narrowed.

Buses ply the highways which connects Gujrat, Rajasthan and Delhi. NH 15 connects Gujarat and Rajasthan at one end while the other meets the capital. The State highways interlink important cities like Amritsar, Chandigarh, Bhatinda and Pathankot.

The Amritsar Airport is the nearest Airport that connects the city through air. To reach airport one must travel 40 kilometers from the city. Pathankot has a military airport.

Local transportation like buses and private taxis are available for tourists.

Their major source of income is industrial goods produced for agriculture and woolen industries. Sugar refinery and rice mills also employ many people here. Cotton ginning is another business popular here. This particular city does not privilege itself on farming. Most of the population of this city works in mills or factories or has private business.

Batala has its own statistics as listed below.