Bus Trip from Batala to Chandigarh

Read this lovely road-trip by one of our writers and relive the memories of your much favorite road journey: 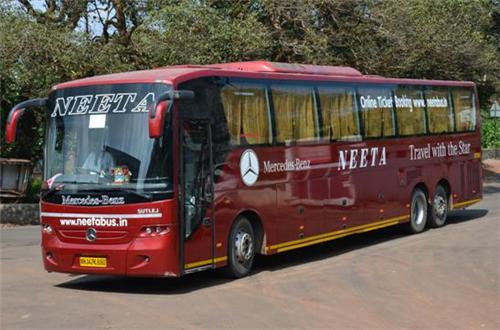 Travelling is essentially about convenience and unadulterated experience. Recently I visited Batala to monitor repairs of my father’s rice mill machinery. I had planned to finish my work in the morning session so that I could comfortably reach back home in Chandigarh before it was too late in the night.
Batalais one of the most populated cities in Punjab. It is situated in Gurdaspur district and has an A grade Municipal Council. The city is 32 km from Gurdaspur and has the highest population in the district. Due to the high population, there are a lot of other people like me moving in and out of the city using public transportation.

It being the most established industrial town in the district further adds to the movement here and it was because of its industrial element that I had visited the city. The city has a well established bus station that has buses running to all parts of the state and beyond. I had checked the bus routine on the previous day and was told that the bus service here is very good and reliable.

The total distance from Batala to Chandigarh is about 240 Km. There are no direct flights or trains that connect or run between Chandigarh and Batala. However there are two types of Buses that connect these two cities. I have tried both the options on different occasions. The best option amongst the buses is the Mercedes Benz Bus. This bus is very comfortable and takes about 3 hours and 45 Minutes for the complete trip. The second option is State transport buses available direct as well as through Ludhiana.

The Mercedes buses are semi sleepers and run at least two trips a day. Starting at 08:00h in the morning the buses ply the distance with safety and comfort. The second trip is at 1330h and it was this bus that I planned to catch. I reached the bus stand by about 1245h and directly headed for the conductors standing outside the buses. The conductor showed me the chart with the options of seats that were still available. About half the seats were already taken as the booking can be made online as well. I got a seat in the middle section of the bus and I was very pleased with it. The cost of the ticket was 460 rupees.The buses are 49 seaters and have the 2 + 2 passengers sitting per row. The last row is a continuous one with 5 seats in a row. It is preferable to book the seats in the forward or middle sections of the bus to avoid the jerks and the bumps experienced in the aft section.

The bus was very relaxing with respect to the seating, as the seats reclined comfortably and were sufficiently wide. The boarding on the bus was completed by 1330h, with two seats still empty in the last row. The bus driver started the engine and turned on the air conditioner. The conductor searched through his DVD collection and played a Bollywood hit which was about three months old. The movie played on a common screen in the centre and there was no option of using headphones for those who were not interested in the movie. However the conductor was very helpful and turned down the volume when an elderly lady requested him to do so. Each seat had a bottle holder in front with a complimentary bottle of mineral water as part of the ticket.

As the bus moved from Batala towards Chandigarh (Sector 17 bus stand), it moved out the main gate of the bus station and into the crowded street of the city. One must admit that however crowded the bus stand was, it is still very well connected by the public transportation within the city. I realised that the route between the two cities was mostly two lanes but was provided, principally, with no dividers between the two opposing lanes in major part of the route. There were sections in which the road from one end was blocked due to construction but the diversions in such segments were short. As the bus moved further out from the city limits to the rural sects and crossed the semi-urban settlements to reach the modern city of Chandigarh, there were a number of changing scenic views that I came across.

The bus like a majority of the buses after leaving from Batala turned towards the south to Mehta Chowk which was the only congested part of the entire journey. From there the route headed South East to Kartarpur and continued into Jalandhar. The Jalandhar toll was lined up with a number of military vehicles probably moving from the famous Jalandhar cant. The route ran right through the Jalandhar city, experiencing minor city traffic now and then. Then the route further continued South East to Ludhiana. From Ludhiana the bus headed east to Kharar. From Kharar to Chandigarh during the final stretch of the journey the roads were jammed due to traffic but were negotiated with a slight delay.

The bus overall was good and one could hardly notice the movement at all once the bus started in full speed and I reached Chandigarh at 1750h.During the journey I was bestowed with the sight of yellow sunflower fields on both sides giving me a soothing feeling. Also common were sugarcane grounds and mustard fields running for lengths alongside the road. A definite sight on both sides of the road were the tall eucalyptus trees and cow dung cakes on walls of mud houses. Overall the journey was an interesting one and gave me the true feel of Punjab, with a touch of both rural living and the today’s mall and shopping centre culture towards the end. The Mercedes Bus is any day a better option but the true feel of Punjabi passengers from rural Punjab can only be experienced in the state buses. 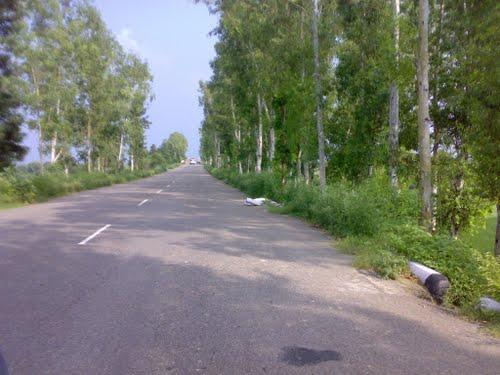 The state government buses are much cheaper but are definitely not as comfortable as I had experienced during my previous trip. The buses have bench seats with slight cushioning on them. Mostly the seats are not earmarked in these buses and are occupied on first come first basis. The buses are mostly in good condition but at times the windows can be troublesome especially during the rains. This gets extremely irking during the winters as the cold breeze gushing in numbs you. The state buses also take more time as they make multiple stops in the route to pick up short distance passengers in between.

Explore more about Tourism in Batala