The city is mainly populated with Sikhs and Hindus along with a trace of the Jat race. Hence these people follow a culture that mainly adheres to the aforementioned communities. Batala being a small city of Punjab  does not prominently feature modern shopping malls or multiplexes. Hence Batala rejoices in tradition and culture that has been run down the Punjabi community since ages.

Drama and Theater in Batala

With fewer infrastructures for formal drama theaters, Batala still enjoys these on stages made on temporary basis. However, since Batala has a rich history that has given birth to poets like Shiv Kumar Batalvi, the culture for music and art is very strong. Colleges and schools keep various programs pertaining to the attachment of art and culture. Shiv Batalvi Cultural Center had been founded to commemorate the famous poet. However, it has not been fully functional yet.

Schools and colleges held many theaters in which the students participate. The theaters organized by colleges are sometimes open to the common mass in lieu of nominal charges. 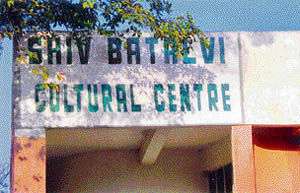 Festivals and Fairs in Batala 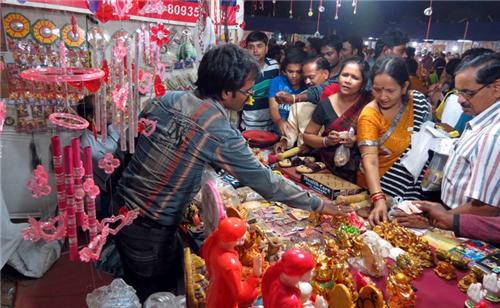 Batala is associated with the religious celebrations with panache especially since it bears important Gurdwaras for Sikhs and sacred temples for Hindus. Festivals and fairs are the major source of entertainment in this small city. Important festivals of the Punjabis like Gurupurbs, Baisakhi are held here with a lot of enthusiasm.

Other Hindu festivals like Rakhi, Dusshera, Karva Chauth and Diwali are also celebrated here. In Diwali every Batala house can be seen decorated with the traditional lamps. Lohri is one of the important Punjabi festivals that Batala also celebrates in happiness.

It is held for two days in the month of Kartik to celebrate the congregation of 33 Crore gods of Hindu mythology. It is held at Achal village where the whole village is decorated with lights and garlands made of various flowers. The entire area remains under the strict vigilance of state police at this time. The roads leading to the temple get decked up with decorative items on small stalls.

Many saints and sadhus come to Achleshwar Dham at this time to pray and prepare Havan Kunds to offer prayers here. The fire is lit for twenty four hours in these two days so that devotees can offer prayer round the clock.

Many hand-made and craft items are available during this fair in the stalls. People visiting the temple also indulge in shopping for their kids and family.

This fair remains on the day of Guru Nanak’s marriage anniversary. It is a street fair that offers stalls and many small rides for children.

There is another festival held by ISKON which is known by the name Hare Krishna Festival. ISKON organizes this festival on the birth anniversary of Lord Krishna and festivals related to him. People of any religion and caste can attend this festival and dance with the tune of Hare Krishna.