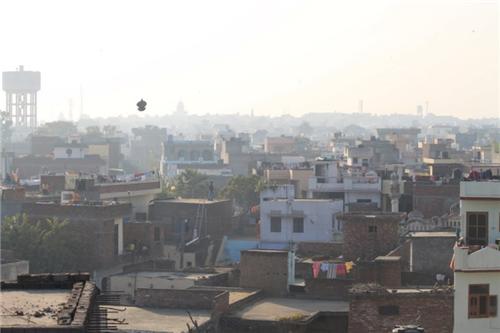 When the city of Batala was founded in the fifteenth century, the first spot that was assigned as naissance ground was found inauspicious. Astrologers and other learned community at that time exchanged the assigned one with the present area. “Batta” or “vatta” means exchange, which gives Batala its name today.

Batala commands an excellent history related to its foundation, development and role during the major turmoil in India. An integral part of the state Punjab, the city provides the evidence through its historical monuments and other related architectures. A lot of ups and downs have been witnessed by this city which includes the painful incidence of partition of India in 1947.

One look at the chronology of Batala will provide a clear portrait of the city’s involvement in history.

1472 A.D.: The city was founded by Rai Ram Deo. He was a Bhatti Rajput and belonged to Kapurthala.

17th Century End: The city was further decorated with Bazaars and market places by the then ruler Mirza Muhhamed Khan.

18th Century: The city saw warfares between two important “misals” of that time. The reign of Sada Kaur was transferred to Sher Singh, grandson of Maharaja Ranjit Singh perforce.

1947: Partition of India decreed Batala to be a part of Pakistan. It was negotiated back in India for various administrative reasons.

The foundation was done during the reign of Bahlol Khan Lodi. Jasrat Gakhar was a great dacoit at this time and used to plunder and ravage the land between Satluj and Chenab rivers. This land also included the city that is known as Batala today. Tahar Khan, the viceroy at that time, set the responsibility of this land’s revenue on Rai Ram Deo.  Under Sheikh Muhhammed Kadiri of Lahore, Rai Ram Deo converted into Islam.

Batala was henceforth a Muslim majority city. Further when Shamsher Khan took over the city as ruler, he developed it with roads and other amenities. He received this city as a gift from Akbar. He built a fine tank on the north-east part of the town. He also planted gardens inside the city known as Anakali. His tomb has been constructed within his garden which still bears its beauty.

Shahab-ud-din, Bukhari, Shah Ismail Shah Niamatullah and Sheikh Allahdad were saints who lived in Batala in the 17th Century. During Aurangzeb’s reign, Batala was provided with market places and bazaars by Mirza Muhammed Khan.

The commotion of change of rulers did not limit the city’s history. It has also been a witness to ‘misal’ fights between Kanhayas and Ramgarhias. The city was also ruled by a woman, the widow of Gurbaksh Singh Kanhaya from the Kanhaya Misal. She handled the administrative matters with power and success. She is still remembered as one of the powerful ladies in Indian history.

But soon fortune changed and she was held captive by Maharaja Ranjit Singh’s grandson Maharaja Sher Singh. Sada Kaur was confined in jail till her death because she refused to give the city in the hands of Sher Singh initially.

Maharaja Sher Singh was a mighty hunter. He ruled Batala till 1841 after which he accessed the throne. He built his palace with a mighty view of the city. Union Baring Church College had been constructed here during the British Raj.

Batala was given to present Pakistan at the time of partition. However, it was a major threat for Amritsar since inclusion of Batala in Pakistan will surround that city from three sides. Batala remained in present Pakistan for three days.

The most interesting history of Batala lies in the marriage story of Guru Nanak Dev. The city became famous for the Gurdwara that preserves the wall that has been indicted as everlasting by the Guru himself. Tourists from various corner of the world come to Batala to pay homage in Gurdwara Kandh Sahib.

Batala delights itself of being the land of birth for famous poet Shiv Kumar Batalvi. He mostly wrote romantic poetry which was marked by passion, bathos, grief of separation and agony of the lover. 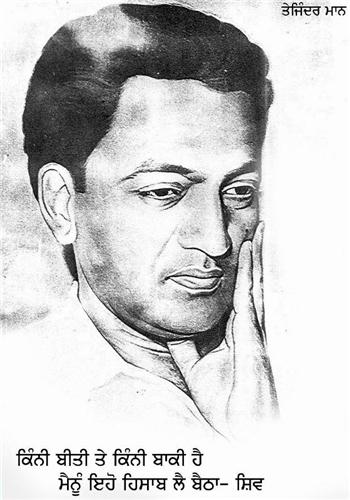 In 1967 he was awarded the Sahitya Academy Award, India’s priced and national award. He was the youngest recipient of this award at that time. The whole Punjab prides itself in associating his name.